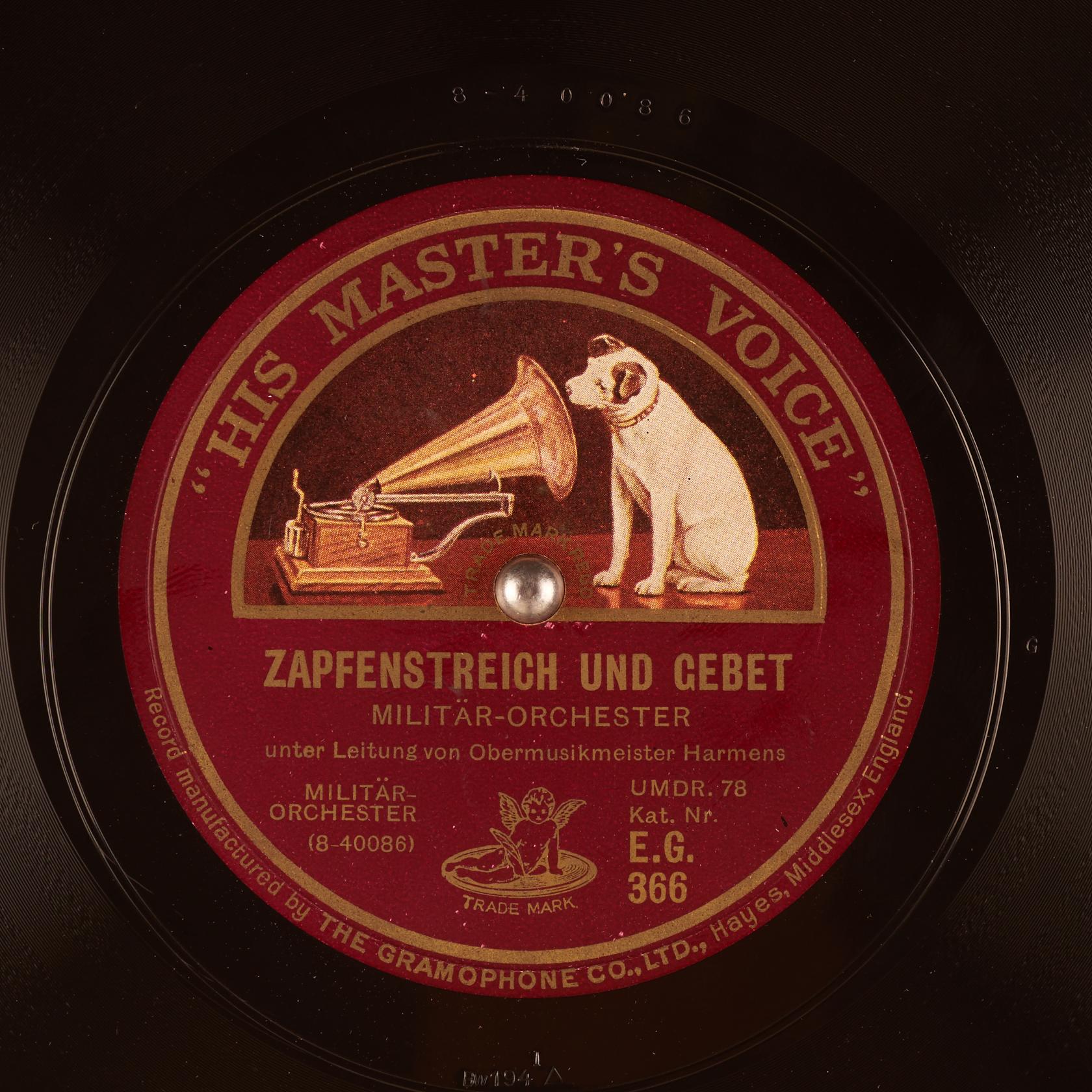 The recording on the other side of this disc: PARADEMARSCH DES KGL. KRONOBERG REG..